Halo Youth Give Back 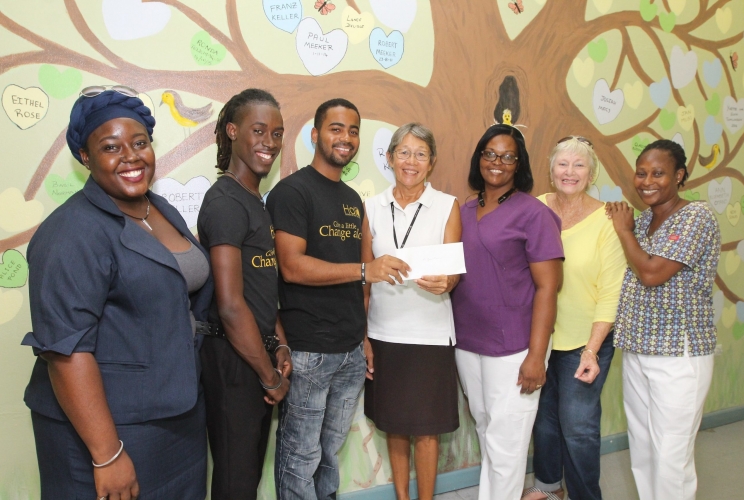 Halo Youth Give Back

Executive members of the Youth Arm of The Halo Foundation,  Generation Y were all smiles as they donated almost $5,000.00 to the St. John Hospice, one of the 25 charities under the Patronage of Sir Rodney Williams and Lady Williams.  President of Generation Y , Brent Scotland,  announced that Generation Y is focused on getting youth involved in giving back to society.  He noted that “we (the youth) are undeniably the future and if we want to see our nation prosper , then it is up to us to ensure that we make a difference — setting out to do good in every aspect of life, and to help those who are critically in need”.

The funds donated by Generation Y were raised from the sale of a painting depicting the heroic Team Wadadli rowers, who completed a 53-day Atlantic crossing in February of this year in order to raise funds for St.John Hospice . Agnes Meeker, President of the Hospice,  expressed her appreciation and gratitude for the donation.  She indicated that she continues to be grateful for assistance in offsetting the continuous expenses of the Hospice.