Patron of the UWI Giving Week 2016 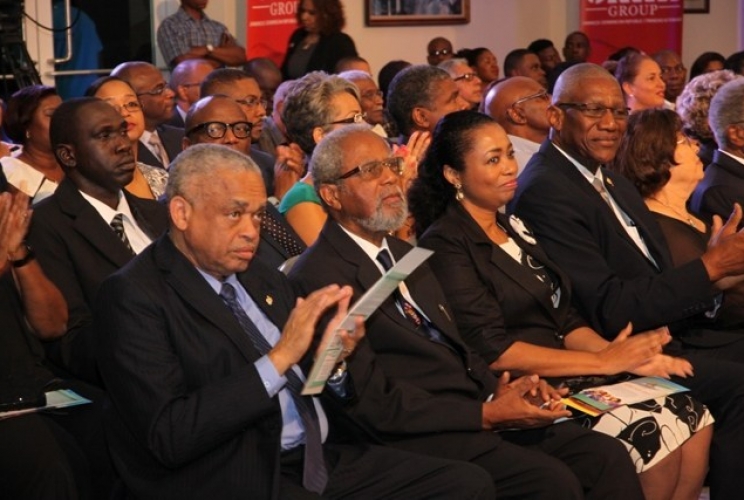 The Governor General of Antigua and Barbuda, His Excellency, Sir Rodney Williams accompanied by Lady Williams met with the Chancellor and Vice Chancellor of the University of the West Indies (UWI), along with other patrons, to launch a funding initiative, initiated by the UWI. Other patrons at the launch included the Rt. Hon. P. J. Patterson, former Prime Minister of Jamaica, the Rt. Hon Owen Arthur, former Prime Minister of Barbados and His Excellency, Sir Colville Young, Governor General of Belize.

The meeting was convened by the Chancellor and Vice Chancellor of the UWI to form a fundraising committee to address the provision of more financial resources to assist the future developmental programmes of the University.

Following discussions, the Patrons attended the launch of ‘Giving Week’ at the University’s Regional Headquarters at Mona Campus. Donations were made to the tune of 1.1 million US dollars for Giving Week which will run from August 1st- 7th, 2016.

The purpose of the week long campaign is to intensify the University’s efforts for scholarships, research and online courses, while educating and preparing leaders and helping to drive regional development. It is hoped that this will create ‘A culture of sustained philantropy in the region’.

His Excellency, Sir Rodney has been charged to lead the fundraising efforts in Antigua and Barbuda by partnering with UWI alumni and the corporate community to build the human resource component of the Caribbean Region – the most important resource. Sir Rodney says that he is appealing to all UWI alumni and corporate Antigua and Barbuda to work with him to make this initiative a success.