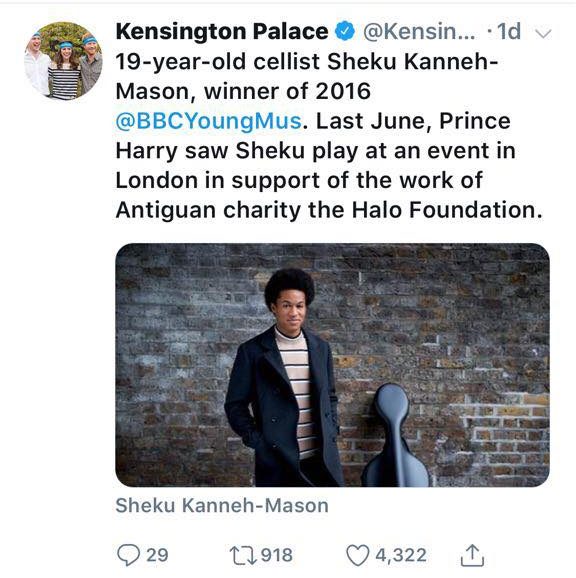 Sheku Kanneh-Mason’s unforgettable performance at Wings Of Charity 2017 in London got him noticed by Prince Harry, who attended the fabulous event as the Guest of Honor of the Halo Foundation. Prince Harry was so impressed by Sheku’s performance, that the young cellist was asked to play at the Royal wedding of Prince Harry and Meghan Markle the following year. #HaloFoundation #buildingyounglives

Halo is a Foundation of which the main objective is to raise funds for the underprivileged and vulnerable in Antigua and Barbuda.
Contact Us