Their Excellencies Sir Rodney and Lady Williams were hosts of the annual Wings of Charity fundraiser held recently at a venue in Central London. The event, which had been on hold for two years due to the pandemic, focused on the work of the Street Pastors (Antigua and Barbuda branch). The organisation had expressed a need for access to premises from which they can assist the homeless and destitute.

Guest of Honour during the cocktail hour was His Royal Highness Prince Edward, the Duke of Wessex. Over 400 people were in attendance, including many friends of the Halo Foundation who specifically traveled to London from Antigua and other parts of Europe, as well as the USA.

His Royal Highness Prince Charles delivered a message for inclusion in the printed programme.

President and Founder of the Halo Foundation, Her Excellency Lady Williams, said: “It was an honour to welcome representatives from several charities under the patronage of the Governor General. Wings of Charity also featured a section that showcased art and literature from Antigua and Barbuda.” 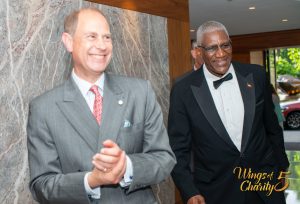 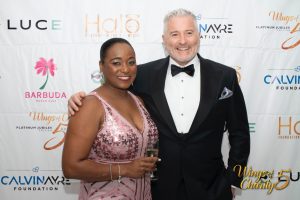 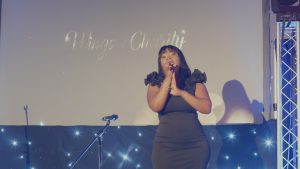 Mark Brown, winner of the Halo Foundation/Royal Drawing School Teachers’ Art5 Competition (sponsored by the Jumby Bay Fund), presented his painting entitled “Woman of the Soil”, which was snapped up immediately at the auction.

Wings of Charity was sponsored by the Calvin Ayre Foundation (gold) and the Barbuda Ocean Club (silver). Live entertainment was provided by the Kingdom Choir (a gospel group who gained immense popularity after singing at the wedding of Prince Harry and Meghan Markle), Antigua’s own Daina Barnes, and AuRa. UK band O’Jay City performed during the cocktail hour. 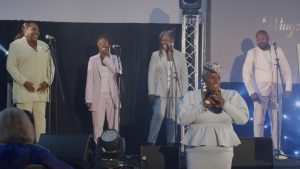 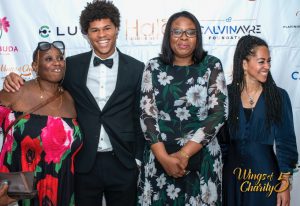 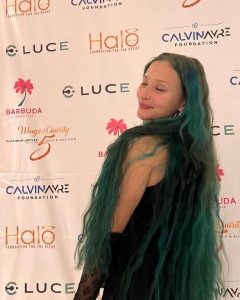