The Halo Foundation’s annual fundraiser, Wings of Charity, welcomed hundreds of guests and supporters at the Waldorf Hilton in London on the evening of June 14th. Each year, the proceeds are donated to one of the charities under the patronage of Their Excellencies Sir Rodney and Lady Williams.  In 2019, the charity of choice is the Friends of the Care Project, a nonprofit entity concerned with caring for children and young adults with both physical and mental challenges.

Sir Rodney identified one of the objectives of the annual event as the showcasing of talent from Antigua and Barbuda.  “In 2017, Sheku Kanneh-Mason performed the cello at Wings of Charity.  On that occasion, HRH Prince Harry was our special guest of honour, and he commented to me that Sheku”s performance was outstanding. This young cellist was later invited to play at the Royal Wedding of the Duke and Duchess of Sussex”. Other past performers include the National Youth Choir and Khan Cordice.  This year, Asher Otto and Itchy Feet held the attention of the crowd along with Kathy Sledge, Halo’s Goodwill Ambassador in the USA. Other outstanding singers were Sherose, who performed the Halo’s anti-bullying anthem “Bullying is Real” which she composed; Joshu Rainey, Black Slate band out of the United Kingdom, and Moya, from the television show “The Voice”.

Lady Williams emphasised the need to expose not only our local talent, but also the country’s entrepreneurial capabilities. “Each year, we ensure that the auction and prize item list is studded with Antiguan produce: paintings, carvings and metal art; local rum and pottery; Antiguan made jewellery; soaps, oils and butters; Antiguan tea and coffee, jams and hot sauce; and books by contemporary and classic local writers. Wings of Charity is not only a fundraiser for our causes, but also an exposition of all of our abilities and aptitude to produce — all on offer to the world”.

The Halo Foundation entertained representatives of the UK travel trade and media, and gifts for all guests were provided by the Antigua and Barbuda Tourist Office in London. The platinum sponsor of Wings of Charity was the Calvin Ayre Foundation, an independent charitable giving foundation based in Antigua and Barbuda. 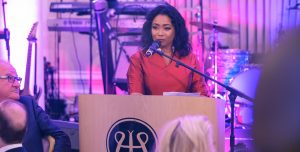 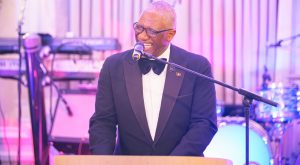 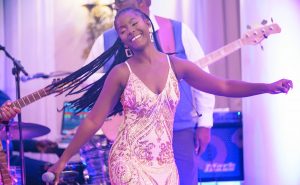 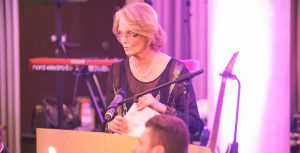 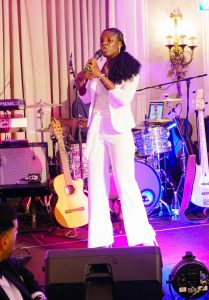